← more from
Mexican Summer
Get fresh music recommendations delivered to your inbox every Friday.
We've updated our Terms of Use. You can review the changes here. 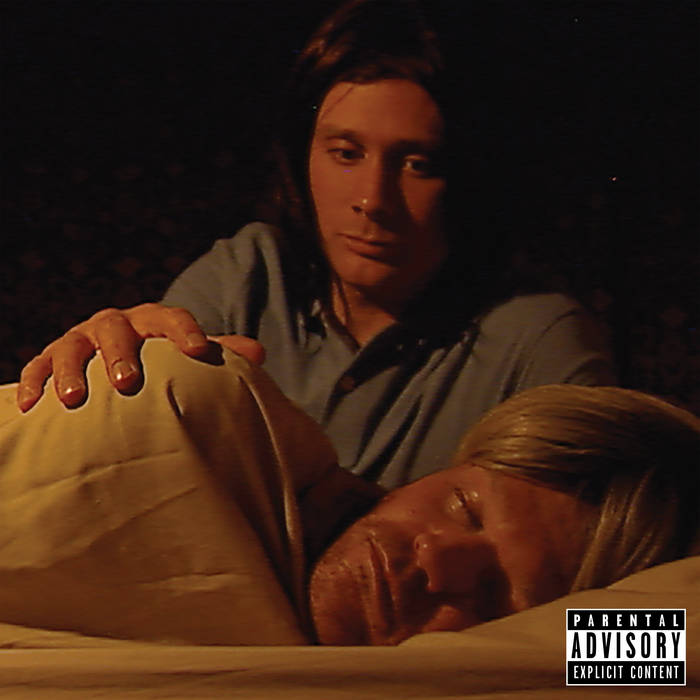 Mia I love the silly noises throughout this whole album.. I played this in front of my family and they all started LAUGHING they don't understand 🚫🚫🚫🚫 Favorite track: Flipping Poles.

tmomy this is a beautiful album Favorite track: Shaved Buckley.

As a solitary janitor buffs the floor of a tired high school building, a furtively jazzy bassline slips under a door and down the hallway. It’s after hours in the teachers’ lounge; perhaps someone’s smoked a little confiscated weed. The leather-blazered and bemulletted faculty members of Connan Mockasin’s upside-down music department adjust their sock garters and try their strings, as Jassbusters, the most tangible band of imagined music teachers the world has never seen, prepares itself for a second stab at after-school stardom.

Pulled from the same fictive universe as 2018’s Jassbusters, the shrewdly named Jassbusters Two makes a languid counterpart to its predecessor – both albums were recorded by the aforementioned fictional band of schoolteachers from the as yet mostly unseen daytime TV miniseries Bost’n ‘n Dobs’n, conceived, directed by, and starring Mockasin himself, and possibly coming to a late night cinema near you.

In the mists of 2016, Jassbusters had found its feet in Paris, and Jassbusters Two materialised only shortly thereafter in 2017, three-and-a-half-thousand miles across the Atlantic. “Jassbusters was the first record I’d done as a band," Connan reflects. "I really enjoyed it, and wanted to make more music while we were still in character as this group of music teachers.” At Gary’s Electric Studio in Brooklyn, New York, Mockasin, along with Jassbusters’ real-life counterparts (Nicholas Harsant on bass, Matthew Eccles on drums, and Rory McCarthy, aka Infinite Bisous, on rhythm guitar), freestyled across long live takes, weaving under, over, and straight through each other’s blurry riffs. “I was playing the role of the guitar teacher in the band, who was pushed into being the singer who didn't have lyrics. So, like the first Jassbusters record, the lyrics were improvised, blurted out.”

While the band let loose with Jassbusters, its follow-up is so laid back as to be horizontal. Vocal improvisations — sometimes eerie, sometimes crooney, and often more shapeshifting, otherworldly sounds than definable words — slosh around Mockasin’s signature bent-over-backwards guitar arrangements. All here is smooth and unencumbered, viscous as a palmful of mercury. Opening track ‘Jass Two’, at first ghoulish and oversaturated, later sits back into its own mellow groove. The effortless flourishes of ‘K is for Klassical’ honour classical modes of play, Spanish-guitar-styled one second, and lutelike the next — though always with a maverick Mockasinian twist.

‘In Tune’ and ‘Maori Honey’ see the jassers swap leather for polycotton frills at a perfect pastiche prom; first a low-key, loungey wig-out, then later a punch-drunk slow-dance number. As ‘She’s My Lady’ plays, the band wordlessly watch the sun come up on the parking lot — and yet another day of coffee-stained carpet and red pen — and ‘Shaved Buckley’ brings things to a close in a subtly forlorn fashion; a lament, perhaps, for the passing of youth and its unhampered throes, and a reminder of the clock that ticks inevitably towards middle-age.

With its bending of genre, a tinge of sensuality, and just enough wonk, Jassbusters Two perfectly follows both Jassbusters and the wider Connan Mockasin canon, the artist’s playfulness, surreal characterisation, and improvisational knack melted down and spread into new directions; chopped, churned, and smoothed with a jazzer’s intuition, a country fingerpicker’s dexterity, and a funkster’s flow. Be you listener, player, or faculty member of the mind, this latest Mockasin master work invites you to forget the grind, just for a bit, and settle into the syrupy, boundless world of Jass.

Bandcamp Daily  your guide to the world of Bandcamp